What is the Triple Point Temperature? 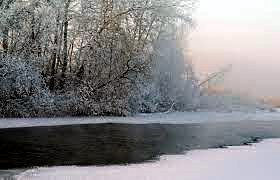 The triple point is the temperature at which the solid, liquid, and gas phases of a substance co-exist, and is also dependent on the pressure. Sometimes only the term triple point is used, which refers to both the temperature and the pressure at which the three phases co-exist in equilibrium. The triple point of water is 273.16 K at 611.73 Pa. This is the basis of the Kelvin scale and it is equal to 0.01 оC, which is the freezing point of water. A change in temperature or pressure causes one of the phases to fade away and therefore this measurement is constant.

The triple point temperature is denoted by T3, and triple point pressure by P3. More generally, the term triple point is used to describe the conditions under which any three phases of a substance can exist in equilibrium. They can be either two solid states and one liquid state, or two liquid states and one gas state, or any other combination of these three states. This happens in the case of substances with multiple polymorphs, for example quartz and cristobalite are polymorphs of silicon dioxide.

The triple point temperature of a compound can be represented by using a phase diagram. It is essentially a graph with pressure readings showing phase transitions as a function of temperature. The graph has three regions, one for each of the three physical states of matter.

When water reaches its triple point temperature and pressure, it is possible to convert it into ice or vapor, and back again, by introducing small changes in the temperature or pressure. The conditions on the surface of the Earth are relatively close to the triple point of water, which explains why we are able to find water in all three states in our environment.

It has been established that when pressure is below the triple point, the liquid state of water does not exist. This happens for example in space where the pressure is almost zero. The melting point of water increases to a maximum of 0оC at its triple point. A related property is the critical point at which the liquid cannot be distinguished from its vapour form. In water, this point occurs at 374 оC or 647 K.

It has been observed that those substances that exhibit a solid-liquid-gas triple point have a pressure less than 1 atm. If a system has p possible phases, then it has p!/(p-3)!3! triple points. In the case of sulphur, there are four possible triple points existing for the four phases that it exhibits: rhombic, monoclinic, liquid, and vapor.

The term has a different meaning in nuclear physics where it has been found that the same incident can be seen between three shapes of atomic nuclei. The phase transition occurs between spherical and deformed shapes of nuclei and is known as the triple point of nuclear deformations.