What is Thermal Conductivity? 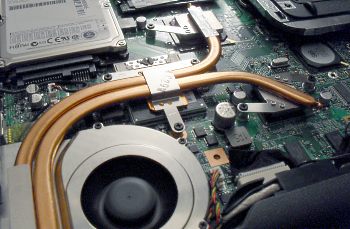 Thermal conductivity is defined as the property of a material that indicates its ability to conduct heat through its body under a steady state condition. Thermal conductivity depends on many properties of a material, its structure and temperature. The transfer of heat within a material takes place by conduction; in this process the materials do not move as a whole but the energy flows through the body of the material by the transfer of the molecular kinetic energy. Thermal conductivity can be defined as the quantity of heat that is transmitted through a unit thickness in the direction normal to the surface of unit area per unit of time and per unit of temperature difference. Crystalline substances which are pure in nature exhibit different thermal conductivities along different axes because of the alteration in the phonon coupling in any given axis.

Gas filled pockets are good insulators and do not conduct heat under normal conditions. The natural or biological insulators like fur, feathers also function the same way and prevent thermal conductivity to the skin.

Light gases seem to have higher thermal conductivity than heavier gases like xenon. Argon is a dense gas which is sometimes used instead of a vacuum to fill the void in an insulating flask.

Insulation and related fields make extensive use of materials chosen for their low thermal conductivity. At the other extreme, cooling systems such as found inside computers require materials with high thermal conductivity in order to conduct heat away from components such as the CPU (central processing unit).

The divided bar method is the most common way of measuring thermal conductivity. These devices can be customized based on the requirement; the customization can be done depending on the temperatures and pressures needed, and the sample sizes can also be considered. A sample for which the conductivity is to be calculated is placed between two samples of known conductivity; usually brass plates are used. The sample is placed at the top of the vertical setup and the known conductivity brass bars are kept at the bottom. To stop any convection within the sample heat is supplied at the top and moved downwards. After approximately 10 minutes the measurements are taken after the whole sample becomes equally hot.

The non steady method does not necessitate waiting for a steady temperature condition to be achieved, and allows the conductivity to be studied as a function of time. The main advantage of this method is that measurements can be made relatively quickly. Transient methods are usually carried out by needle probes. The main disadvantage of this method of measuring thermal conductivity is that the mathematical analysis is much more complicated as it involves a non-constant temperature.