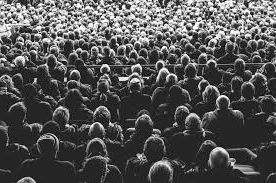 Population has various definitions in different sectors, but usually mans the total number of people living in a geographical area. Additionally, in biology it is the inter-breeding group of organisms of a particular species; in sociology it is a collection of human beings; and in statistics it refers to the total collection of elements about which the researcher wishes to make some inferences.

In a stable environment, population control is regulated by the availability of food, water, and safety (or predators). The maximum number of individuals of a species that can be sustained in a certain area is called the carrying capacity. Migrations of animals may be seen as a natural cyclical population control, for the food on land is more abundant in some seasons.

Population control is the practice of restricting the increase in population, usually by reducing the birth rate. An example is the one-child policy of the People's Republic of China, which was introduced in 2000, and under which having more than one child is only permitted in certain circumstances.

India is another example where the government has taken measures to decrease the country’s population. The rapid population growth, if unchecked, would limit or reverse the growth in the economy and living standards. So the Indian Government implemented an official family planning program in the late 1950s and early 1960s; it was the first country in the world to do so.

In other parts of the world, where population is falling, governments have tried to stimulate population growth. They may support not only immigration but also some policies such as tax benefits, financial awards, paid work leaves, and childcare to encourage the bearing of additional children. For example, France and Sweden have pursued such policies in recent years and Australia is giving rewards to the parents who bear additional children. Some governments like Romania have banned the use of abortion or modern means of birth control to increase the population growth.