What is Moment of Inertia? 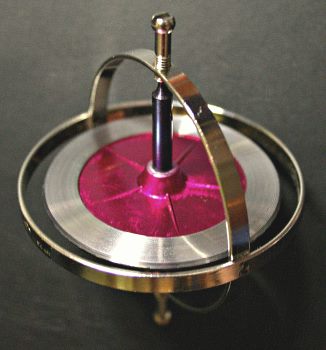 Moment of inertia, also known as rotational inertia, is analogous to the inertia of linear motion. It is necessary to specify a moment of inertia with respect to an axis of rotation. According to Newton's first law of motion "A body maintains the current state of motion unless acted upon some external force". The moment of inertia is related to the distribution of mass throughout the body, not just mass of the body alone. That is why two bodies of the same mass may have different moments of inertia.

If we consider a rigid body as a system of particles and the relative position of these particles does not change, then the moment of inertia of a point mass is equal to: I = m.r 2, for each particle so that the moment of inertia is equal to the mass multiplied by the square of the distance, where m = the mass of the particle, and r = the distance from the axis of rotation to the particle. Moment of inertia is also referred to as the second mass moment. The first mass moment is equal to mass multiplied by distance, m.r. The centre of mass of a system of particles or a rigid body can be derived using the first moment concept.

The moment of inertia of an object is a measure of how difficult it is to change the angular motion of that object about the axis. For example we can take two discs of equal mass but the diameter of one is greater than the other. As a result its mass would be distributed further from the axis of rotation and it would take more effort to accelerate the first disc as compared to the second. This is because the first disk has a larger moment of inertia.

If the shape of object changes so would the moment of inertia of that object. When a skater pulls in her oustretched arms her rotation speeds up because her moment of inertia is reduced and consequently the angular momentum increases. This inertia is also responsible for the stability of a gyroscope.

Formulae for Moment of Inertia