What is the Melting Point? 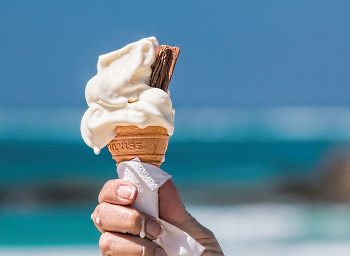 When we heat a substance it gains energy. As the solid gains energy the average inter-molecular distance and inter-atomic distance start to increase. The energy required to change from solid to liquid phase, and vice versa, is known as the heat of fusion. The melting of the substance is due to the increase in distance between the molecules and atoms of the substance and the stronger these forces the greater is the heat of fusion and usually the higher is the melting point. This is the reason why iron has a higher melting point than ice. The forces between the molecules and atoms of iron are stronger as compared to that of ice. The melting point of iron is 1538°C whereas that of water is 0°C.

The apparatus for measuring the melting point of crystalline solids consists of an oil bath with a window to observe the solid. A special type of test tube for this purpose is called a Thiele tube that is designed to allow a controlled convection current of heated oil. The sample is placed in a glass capillary tube attached to a thermometer and immersed in the oil bath which is then carefully heated. It is then a case of observation using a magnifier to detect when melting occurs.

More sophisticated laboratory devices use an electrically heated block and an optical device to automatically detect the melting of the solid.