What is Magnetic Permeability? 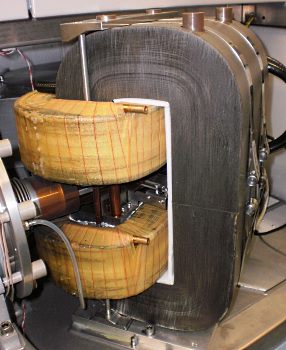 For the purpose of demonstrating a mathematical relationship between μ and some magnetic field B that is influencing a medium of some kind, let’s assume that there is an auxiliary magnetic field H that represents the way this B field influences the organization of magnetic dipoles in our medium. According to the way we have set up situation, the relationship between the fields B, H, and our permeability μ is mathematically defined by the following equation:

in the above case, our permeability will be scalar as long as our medium is isotropic. Isotropy refers to a certain organization of the medium that means it is uniform in all directions. Anisotropy is the opposite of isotropy. We are able to use a scalar for permeability if we are working with a second rank tensor for an anisotropic linear medium.

For the most part, magnetic permeability is not constant. Many different local factors will have an influence on permeability, factors such as the frequency of the field applied, temperature, the position within the medium, and humidity. Magnetic permeability can depend on the strength of the magnetic field in nonlinear media. In certain kinds of materials, like ferromagnets, magnetic permeability can get to be quite complex. In those cases, the relationship between the B and H field is both nonlinear and demonstrates some form of hysteresis, or material memory. That is to say the relationship between B and H depends on what has happened to the material in the past.

Then, for a given magnetic field of strength H, the magnetization of an object is defined as:

A good magnetic core material must have high permeability.