What is Magnetic Field Strength? 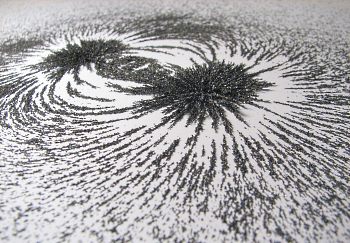 The strength of a magnetic field is often considered its intensity. In the everyday world, it can be observed as the closeness of the field lines surrounding a given magnetic source. Imagine you are looking at a magnet that has been showered with iron filings. You will notice that the iron filings bunch up closer to one another as one moves closer to the source of the magnetism. In the case of an ordinary magnet, the magnetic field is the strongest the closest to the magnet.

There are many different situations in which magnetic fields are formed. Current flowing down a wire is another example. It can produce a magnetic field that runs counter-clockwise and perpendicular to the wire in concentric circles, depending on one’s perspective on the wire. The right-hand rule is a useful way to visualize this. Take your right hand, curl your fingers to form a fist and stick out your thumb in a direction perpendicular to your fingers. Now, imagine that a wire is running through your curled up fingers and that the electric current runs along the direction of your thumb. According to the right-hand rule, the B-field (also known as the magnetic field) will run along the direction of your curled up fingers with the highest strength closest to the wire.

In the above situation, one can calculate the total magnetic field strength along the wire with this equation from the Biot Savart Law:

The integral is a summation of the entire loop of wire where dl is one infinitesimal piece of that loop, μ0 is the magnetic constant (vacuum permeability 4π.10-7 H/m), r is the distance between the infinitesimal length dl and the point where the magnetic field is being calculated. ȓ is a unit vector pointing in the direction of r.

Ampere’s law also generalizes the same integral, and is useful in situations in which one wants to calculate the B field strength in highly symmetric situations such as that of a infinite solenoid or an infinite wire. It is as follows:

In other words, the integral spans over any arbitrary loop with Ienclosed as the current enclosed within the loop. It must be noted that the above equation assumes that the current is steady.