What Is Linear Momentum? 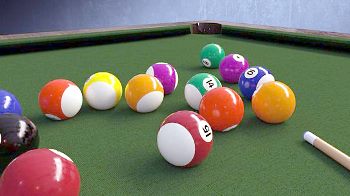 Seen in contrast with angular momentum in physics, linear momentum is the product of a mass and a non-angular velocity. This velocity is taken to be a two dimensional vector (a line) pointing in the direction toward which the object in consideration is moving. This makes linear momentum a vector quantity, a property it inherits from the velocity vector multiplied by the mass.

Of course, in the real world, we recognize that although the universe is a closed system, the Earth and Solar system we occupy are not. In other words, we often see how objects lose linear momentum to friction on an everyday basis. This is not a violation of the conservation of linear momentum. It is merely a momentum change from the object moving to tiny material particles, for example air molecules, that are moving as a result of friction.

Mathematically, we symbolize linear momentum as:

where P is the momentum of the object, m is the mass, and v is the velocity. The SI unit for linear momentum is the kg.m/s,which is the same as a mass unit multiplied by a velocity unit. Returning to the two pool balls, if we continue to assume a perfectly closed system, we can model the elastic collision between the two pool balls in the following way:

Alternatively we can separate the momenta into velocity vectors multiplied by masses such that:

Because it is unlikely that the masses of the objects will change, this is a good way to get the final velocity of an object in a closed system with a few known parameters or vice versa, if the final state of the system is known.

Newton's second law also relates a net force with a change in momentum such that:

In other words, a force on an object is equal to the time derivative of that object's momentum, which can also be broken up and related to a mass quantity multiplied by a change in velocity with respect to time, which is an acceleration.

The relativistic version of momentum adds a Lorentz factor to accommodate the way in which momentum changes as the speed of an object approaches the speed of light.

where c is the speed of light, which is a constant with the value of approximately 3*108 m/s. The Lorentz factor for linear momentum is the same as that for mass.