What is Intensity of Ionizing Radiation? 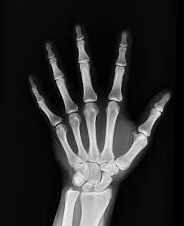 All ionizing radiation is made up of particles that are so energetic they are able to detach electrons from the atoms they collide with. The source of ionizing radiation is radioactive decay, a process by which an unstable nucleus breaks up into separate nuclei, each of which can have high energy levels. There are many different sources of radioactive decay. The intensity of the radiation emitted from a source depends on the rate at which the radiation is emitted from that source and the kind of radiation being emitted. Certain radioactive substances decay at faster rates than others. Also, because radioactive decay is a process in which a stable nucleus decays into two nuclides, different kinds of radiation can be emitted. An alpha particle, for example, has the potential to transfer much more energy than a beta particle. This means a source emitting alpha particles will have a larger radioactive intensity than one emitting beta particles.

The SI unit for radiation intensity is the coulomb per kilogram. For years, scientists have used the roentgen, but its use has diminished since 2006 when its use was discouraged by the National Institute of Standards and Technology. One roentgen is equal to 2.58*10-4 C/kg and is enough radiation to liberate positive and negative charges of one electrostatic unit of charge in a cubic centimetre of dry air at standard temperature and pressure. To put this into a meaningful context for humans, about 500 R in five hours is enough to kill a person.

A confusing number of measures of radiation exist, including the C/kg, roentgen, gray, rad, sievert, and rem. The two we just discussed, the roentgen and C/kg, are measures of radiation intensity for a given source. Grays and rads are units describing an absorbed dose of ionizing radiation. One gray is enough radiation absorbed to deposit a joule of energy on a kilogram of matter. A rad is referred to as the "roentgen absorbed dose". 100 rads is equal to one gray.

Sieverts and rems are also radiation dose measurements, and they have similar units to the gray (J/kg). The sievert was introduced as way to have a universal measurement for different types of radiation and its effect on humans. One gray of x-rays or gamma radiation is used as the standard calibration for the sievert, which is an equivalent dose of radiation but from a different source. The rem is known as the "roentgen equivalent man", which is the same as a 0.01 sievert dose.