What is Heat of Vaporisation? 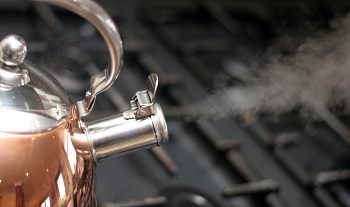 Typically, the enthalpy change required for a liquid to change to a gas also has to factor in the enthalpy change necessary to raise the temperature of the substance to its boiling point. For example, if we were to transform an ice cube into water vapour, we would have to first melt the ice and then raise the temperature of the water from the ice to 100 degrees Celsius before it will transform into a gas. The enthalpy of vaporisation, then, is the change in enthalpy required to get the liquid water to 100 degrees Celsius and then to transform into water vapour.

Assuming we have a liquid at a certain temperature, its heat of vaporisation can be expressed in the following way: