What is Fuel Consumption? 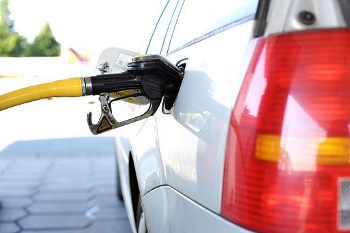 Fuel consumption (also known as fuel economy) is a measure of the efficiency of a vehicle in terms of the distance that can be travelled for a given amount of fuel. It can be expressed both as distance per unit of fuel (e.g. miles per gallon) or as the amount of fuel required per unit distance (e.g. litres per 100 kilometres). As well as using different unit systems these two units of measurement are reciprocal in their relationship.

Fuel consumption will vary depending on how the vehicle is driven. It is common for manufacturers to quote different fuel consumption figures for different circumstances, e.g. for long distance travel and for urban driving.

Fuel efficiency has become increasingly important over the past few decades. Non-renewable energy resources have been used since the eighteenth century and at present about 80 percent of the world’s energy is taken from oil, coal, and gas. Whilst the finite nature of the amount of recoverable fossil fuels has always been understood, it was not until the 1973 Oil Crisis that the scarcity of fossil fuels became a reality, even though the cause was largely political. Since then, additional reserves have been found and better ways of extracting fossil fuels developed, but only to postpone the time when these resources are exhausted.

In the meantime we have become more aware of the effects of fossil fuels on the environment. Fossil fuel consumption leads to pollution in the environment due to the release of carbon dioxide (CO2) and other greenhouse gases. This results in long term climate change as carbon, which has accumulated underground over millions of years, is returned to the atmosphere. This is becoming an increasing problem as more of the world becomes industrialized, with the rate of consumption of fossil fuels increasing.

Car manufacturers are increasingly quoting the quantity in kilograms of CO2 generated per mile. These figures are also used to determine the amount of vehicle tax in some countries, in order to encourage car buyers to choose more efficient and environmentally friendly vehicles.