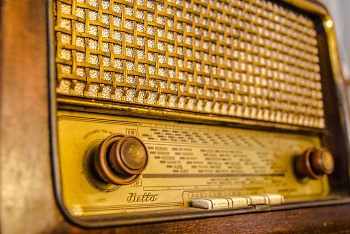 Frequency is understood as the number of repeating events in a given unit of time; a measure of how frequently something occurs. For every frequency, there is a period, which is the duration of time between one event of the same type and the next. This period is the reciprocal of the frequency. This is written as:

where T is the period and f is the frequency. The SI unit for frequency is the hertz (Hz), which is equal to 1/s, or once per second. Frequency is encountered many times in physics. A few highly important instances are listed here.

All waves in physics are said to have frequency. This frequency is inversely proportional to wavelength by the phase speed, or speed that a wave travels in a given medium. This medium depends on the wave in consideration. Sound, for example, travels through the air, solids, and liquids. We write the frequency of a physical wave as:

where v is the phase speed and the wavelength is given by λ. Let’s use sound as an example. The frequency we are measuring is the time between one compressed zone of air molecules and the next. Sound waves are alternating changes in air pressure that deviate from the usual air pressure. The same goes for sounds travelling through a liquid, which has local changes in compression that propagate the sound wave. A sound travelling through a solid, however, takes on a different character. It is considered to be a transverse wave that represents local changes in shear stress.

The phase speed of sound in air is 343 meters per second. Sound waves can have many different frequencies, which for us, are considered to be their pitch. The human audible range of sound frequencies begins at 20 Hz and ends at 20,000 Hz. Other animals are able to pick up on sounds outside our audible frequency range. Dogs, for example, are able to hear higher pitched sounds than we are.

Light is another physical wave that has a frequency. For all electromagnetic waves (including light), we assume that the phase speed v is equal to the speed of light, c (3*108 m/s), so that: