What is a Force per Unit Mass? 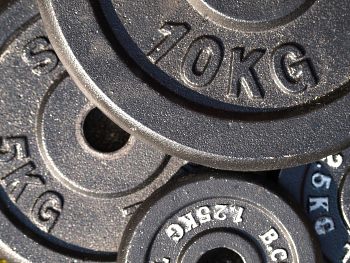 Any agent that causes a free body to change its motion is considered to be a force. Whereas external forces tend to act as shear or normal forces on the surface of an object, body forces act directly on the mass itself. They may be due to gravity, electromagnetic fields or inertial effects such as acceleration. Body forces can also be responsible for causing stress within objects. Most of us understand force as what happens when we push an object, pull it, or hit it. We see how forceful actions cause objects to accelerate. Body forces tend to be more difficult to understand and may occur because of a moving frame of reference, such as coriolis and centripetal forces. Body forces can be expressed per unit volume or per unit mass. The SI unit for a body force per unit mass is the newton per kilogram (N/kg).

All forces are vector quantities, meaning they have a magnitude and a direction. Body forces due to inertia are strictly not forces at all, but are modifications to Newton's laws of motion required to take into account an accelerating frame of reference (most typically a rotating reference frame, for example when considering a fixed point on the surface of the Earth). However, when considering such a reference frame it is often conceptually simpler to consider these effects as if they were actual forces acting on the object.

An example of a body force per unit mass is the force due to gravity.