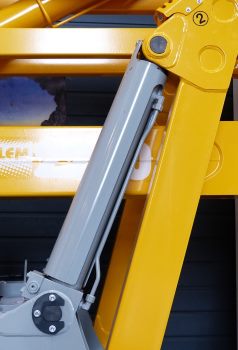 Force is defined as an agent that can change the motion of a body. Weight is the term used when talking about the force the Earth exerts on you due to gravity. This force pulls you down towards the center of the Earth and it is directly proportional to the mass. Having more mass will make the Earth exert more force. If you kick a football, you exert a force on it so it speeds up and when you need to stop a moving ball, you exert a force on the ball to stop it. Similarly, the aircraft’s engine exerts a force which pushes the aeroplane through the air.

So, essentially a force means something that makes a physical quantity change. Acceleration is caused by force. If you apply force to a toy car by pushing it with your hand, it would start to move. This is described by Isaac Newton's second law of motion , which states that the acceleration of an object is proportional to the force applied and is in inverse proportion to the mass. It means that if you apply more force to an object, acceleration would be more; and an object possessing more mass will have a lower acceleration for the same force. Newton’s Second law of motion states:

The standard unit of force in the SI system was named after Isaac Newton. One newton (N) of force is required to accelerate a kilogram mass at a rate of one meter per second squared (m/s2).

The gravitational force pulls everything towards the center of the Earth. If you drop a ball from a cliff, it would begin to fall with an acceleration of 9.8 m/s2. An object resting on the surface of the earth experiences a downward force due to gravity, and also an equal an opposite force by the earth holding it up.

A large amount of Isaac Newton's pioneering work was in the field of motion. Newton’s laws of motion have played a vital role in understanding the basic definition of force. They tell us what the force does to an object; how it either moves an object or brings a moving object to a halt or changes its direction. The first law tells us if an object is in motion it would continue its motion until a force is applied to stop it, or if it were stationary it would remain still unless a force is applied to move it. The concept of force is fundamental in the field mechanics.