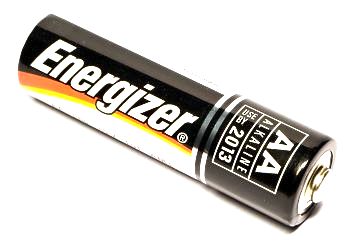 Energy is the amount of work that can be done by a force. Many different kinds of objects and systems can be said to have energy, meaning some amount of work is able to be done on them or within them. Energy also comes in many different forms including potential, gravitational, thermal and kinetic. In each case, one particular form of energy is usually linked to or named after one kind of force. Different forms of energy can be transformed into others. Whenever this happens, the energy is always conserved. This law is often known as the law of conservation of energy, and it applies to all closed systems. If there is a system in which energy is able to escape to another external system, the rule will no longer apply.

For a closed system, (which could be as large as the universe), a change in energy is equivalent to some amount of work that can be done:

In almost all cases, some amount of heat is also released as the work is done, so we account for it by splitting the total change in energy to some amount of work W and heat Q such that:

In the physics of kinematics, potential energy and kinetic energy are always being transformed into one another. A good example of this is a basketball bouncing on pavement. At the height of the ball's bounce, it is said to have its maximum gravitational potential energy and just as it is about to bounce off of the ground it has its maximum kinetic energy. Assuming one is working with a closed system having both initial and final states, the relationship between kinetic and potential energies can be written as follows:

The above equation can be broken down further, leading to specific equations for the gravitational potential energies and the kinetic energies. They are understood as:

where Epotential could be either the initial or final potential energy, m is the mass of the object in question, g is the acceleration due to gravity (9.8 m/s2), and h is the height difference between the object and the Earth. We also have the next equation for kinetic energy:

where Ekinetic could be either the initial or final kinetic energy of the object, m is its mass, and v is its velocity. We can also describe this system as having a total energy equal to the sum of its potential energy and kinetic energy. This could be written as:

The above system we described is just one of many energy systems known to science. There are many more involving energy transformation, and they have similar additive equivalence relationships and conservation equations.

A single AA battery stores about 15 kJ in the form of chemical energy.