What is Electrical Permittivity? 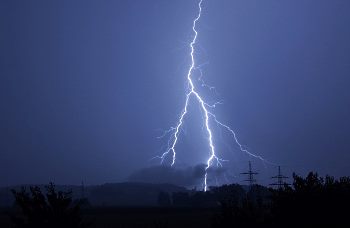 Permittivity is a property of a dielectric medium that quantifies how that particular medium affects an electric field or is affected by a field. It depends on the ability of the medium to polarize as a result of the electric field, and thus transmit (i.e. permit) that field. The SI units of permittivity are farads per metre (F/m).

Permittivity is not a constant but varies throughout the medium, and is also dependent on the frequency of the field applied, on temperature, or on the humidity (in the case of air). It can also depend upon on the strength of the field.

Mathematically the permittivity, ε, is given by the relation:

where, E is the electric field intensity or strength, and D is the electric displacement field which represents how the field affects the electric charges in a medium, both of these being vector quantities. This assumes that the material is homogeneous and isotropic.