What is Dynamic Fluidity? 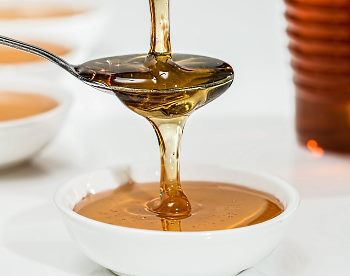 Dynamic fluidity is a measure of the ease with which a fluid will flow, and is also what is known as the "thickness" of a fluid. Water, for example, is thinner than honey, so it therefore has a greater fluidity than honey. Fluidity and dynamic fluidity are considered to be the inverse of viscosity, and therefore carry units that represent this inversion. Dynamic fluidity differs from other kinds of fluidity in that it is always the fluidity of an incompressible Newtonian fluid.

Contrasted with non-Netwonian fluids, a Newtonian fluid is one that maintains a constant fluidity or viscosity independent of the forces acting upon it. In more precise mathematical terms, Newtonian fluids are those that have a fluid stress versus rate of strain curve that is linear and passes through the origin having viscosity as its constant of proportionality. For the everyday person, water is a Newtonian fluid insofar as it continues to flow around the object that stirs it as it is being stirred and its characteristics do not change with vigourous stirring. Custard, however, is not a Newtonian fluid because the properties of the fluid change as it is stirred (shear thickening).

With regards to dynamic fluidity, Newtonian fluids under shear can be thought of as having many sliding layers stacked on top of one another. In any given flow, these layers are moving at different velocities with respect to one another, and the fluidity of the fluid arises from the shear stress that opposes a force applied on the fluid. Newton postulated that the viscosity (inverse of fluidity) for a straight, parallel, and uniform flow is related to the shear stress in the following way:

The SI unit for dynamic fluidity is the inverse centipoise, or cm.s.g-1. Symbolically, this can also appear as: