What is Activation Energy? 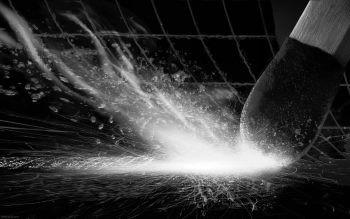 Symbolically, activation energy is represented as Ea, and uses the units of kilojoules per mole of reactant. The Arrhenius equation gives the relationship between activation energy and the rate of a chemical reaction.

One way to lower the activation energy in a reaction is with a chemical catalyst. In chemistry (as distinct from biology) a catalyst serves the purpose of lowering the activation energy in a reaction by changing the transition state of the reaction. In this process, the catalyst is by definition not consumed in the reaction. If it were, it would not be considered a catalyst because it would be a part of the reaction. A good metaphor of a catalyst might be a person standing in a crowded room giving out directions to the door. As people pass by, they find out where they need to go and get there faster.

Interestingly, there actually are some kinds of chemical reactions that have negative activation energy. This would otherwise be absurd if we didn’t observe that the same reactions need no threshold to get started. They are the kinds of reactions involving molecules being captured inside a potential well. When the temperature increases, the molecules pass by the potential well faster, and the probability of their being captured decreases. The ones that pass by the potential well also end up carrying particles out of the potential well upon colliding with them. Hence we get a negative activation energy because this kind of reaction only functions when particles are passing by at low speeds.