What is the Planck Constant? 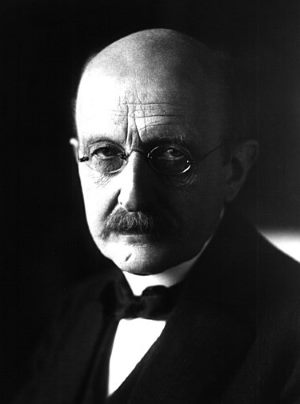 The Planck constant, h, is a physical constant used to describe the varying sizes of quanta in quantum mechanics. Its namesake, Max Planck is considered to be one of the inventors of quantum physics. Planck’s constant is used to describe the relationship between the energy of a photon and the frequency of the electromagnetic wave that is associated with it via Einstein’s matter and energy equivalence (E = mc2). This relationship, often referred to as the Planck-Einstein equation, is written as:

where c is the speed of light constant (2.9x108 m/s). If we move a few more factors around, we arrive at this relationship:

The first and the third equations both describe the energy of a single photon. Prior to Planck, classical physics conceived of light as a continuous electromagnetic wave. Through his work on black body radiation, Planck eventually ended up having no choice but to interpret the vibrational energy of the system of oscillators he was using to model light as a discrete quantity, composed of finite equal parts. The “packets” or “quanta” are what he means by E = hc/λ. They are the smallest possible vibrational energy units of light, where E is equal to the energy of a photon.

The small size of h is a result of the units that are used to describe it. When we use joule-seconds as a unit, we are placing it on a human-level scale, relating it to the size of everyday things.

The introduction of the Planck constant illuminated many areas in physics, one of which was the photoelectric effect or the observation that photons emitted by certain metals will be converted into electricity (think of how a solar panel works). When light falls on these metals electrons are emitted. Einstein observed that the relationship between the intensity of the light and the electrons emitted from the metal was such that the theory that light is a continuous wave had to be false in order for his observations to be true. This led to the introduction of the photon.