What is the Avogadro Constant? 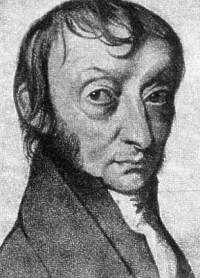 Amedeo Avogadro, who was an Italian scientist of the early nineteenth century, proposed this constant. The Avogadro constant is represented by the symbols N or NA and sometimes L (after the Austrian chemist Loschmidt, who first calculated the value of this constant). Before going into the details of this number and how it is derived, we need to know the definition of mole. One mole is defined as the amount of substance that contains as many atoms and molecules as there are entities in 12 grams of carbon-12. The entities can also be electrons, ions, and other subatomic particles. It is important to specify the entity that is being studied, for example if we are to determine the number of electrons in a substance, we would say a mole of electrons contained in that substance is equal to 6.02 × 1023 mol-1 electrons.

Moreover, Avogadro’s number gives us relations with many other constants, the most significant of which is the definition of the unified atomic mass unit or Dalton (Da). The Dalton is a unit of mass, which expresses the approximate mass of a hydrogen atom, proton, or neutron. Hence, 1 u is equal to 1.660538782(83) × 10-24 g, which is obtained by dividing the molar mass constant (Mu) by the Avogadro constant NA. The value of the molar mass constant is 1×10–3 kg/mol in SI units.

The Avogadro constant is important because it provides scientists with a way to predict the amount and ratios of substances required to bring about a chemical reaction, a branch of chemistry known as Stoichiometry. Relating this huge number to the weight of a substance, we can estimate the number of molecules required to bring about a chemical change. It is sometimes known as the “chemist’s dozen” in layman's terms.