You might think that calculator apps on computers and smartphones would have replaced physical calculators, but in fact they are widely used and there is still a very buoyant market for pocket calculators. In fact they have continued to become better and cheaper than ever. If you can put your hands on a calculator it's usually a lot easier than getting out your phone and then finding and starting the calculator app. They also continue to be essential in education because most examination boards won't allow you to whip out something as powerful as a smartphone, which is essentially a small computer, in the middle of an exam.

Calculators, like cars, come in a few broad categories. First, there are the basic arithmetic calculators that you might use to check your shopping bill, work out the tip at a restaurant. These are either pocket calculators or are made a bit larger for desktop use. Desktop calculators are really the modern version of the adding machine, and some come with a printer so that you can check a column of figures. We're not going to cover desktop calculators in this article. 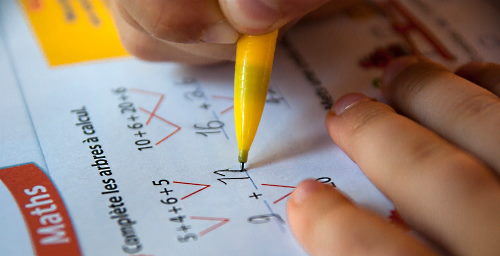 The second group is the scientific calculators, and their main use is in education. They are inexpensive, so it is not a complete disaster if it gets stolen or damaged as part of the rough-and-tumble of school life. Graphing calculators have more features and have subsumed the category of programmable calculators, and are also used in more advanced school and university classes. They are also used more by professional engineers and scientists.

Whatever the application, pretty much all calculators nowadays are made in China. This is true whether they are a 'big name' manufacturer, or one of the many off-brand or 'own brand' devices. But if you choose a calculator made by Casio or Texas Instruments you can be pretty sure of getting a good quality product. These calculators will be made to a consistently higher standard of construction, will have the latest electronics, and rigorous quality control. At the other end of the scale you can expect a calculator that is a copy of an older Casio model, and in some cases using old surplus calculator chips with out-of-date firmware. For a scientific calculator, for example, this could be the difference between a $6 calculator and a $12 one. We would recommend spending a little bit more for a good brand. Beware some of the obvious copies of Casio calculators, sometimes with brand names that resemble 'Casio' or just some random name. They often copy older designs, and have poor build quality and temperamental keyboards and displays.

Whilst Casio and Texas Instruments probably make the best calculators, other well-known brands are Sharp, Citizen, Canon and Hewlett-Packard. The latter was at one time the gold standard in calculator technology, but nowadays they are really just another vendor of calculators unless you happen to be a fan of Reverse Polish Notation (RPN).

These are the basic calculators which have, at a minimum, the four arithmetic functions: add, subtract, multiply and divide. Most also have a percentage button and a memory. Many will also offer a square root button and possibly some built-in tax and discount functions, which are features that are also commonly seen on desktop calculators.

For school use beyond junior school, most children will require a scientific calculator, even if they don't use all of its features. This is especially true for mathematics and science classes, and it is possible that the school or teacher will have a specific recommendation.

Most scientific calculators now use a formula logic where the user enters the mathematical expression on one line, in a similar format to a textbook, and then the answer is presented on a second line. This is somewhat different to the way a simpler arithmetic calculator is used and might take some getting used to. But since most also have the option to recall and edit earlier calculations, this can be a huge time saver compared to having to re-do an entire calculation. If you prefer the traditional algebraic logic, choose the Texas Instruments TI-30Xa.

Scientific calculators seem to have coalesced around two price points - the $10-$20 range which is designed for students up to the age of about 16, and slightly more expensive ones aimed at those going on to further study leading to university. This latter group usually adds solvers, matrices and advanced statistics, and probably unnecessarily complicated for a younger student, but worth considering if the intention is to go on to further study.

Graphing calculators have a larger screen than a scientific calculator that allows them to used to plot graphs. Most graphing calculators are also programmable. The extra screen size also makes it possible to work with matrices and tables of numbers much more easily. They are much more expensive than a scientific calculator and more complex to use. For this reason they tend to be used by students doing more advanced study or by professional engineers and scientists.

For school use a scientific calculator is usually adequate, unless studying mathematics or science in the senior years, and even then it's only really necessary if specifically recommended for the course. Because they are small computers in all but name, graphing calculators may not be allowed in examinations, so it is worth checking whether the model you're considering is on the list of calculators permitted by your examination board before buying.

For accounting students and professionals, these calculators have basic arithmetic along with special functions for finance and economics calculations such as computing loan repayments, annuities, mortgages and discounted cash-flows. You could use a scientific calculator, but you'd have to keep the various formulae in front of you. The built-in functions are already programmed to do these without as many key strokes.